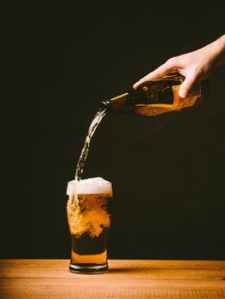 If you have ever had “one too many drinks” during a night out with friends, then you are pretty familiar with some of the immediate effects that alcohol can have on the body– impaired balance and coordination, decreased reaction time, slurred speech, etc. Alcohol intoxication can affect all body systems, but perhaps the most serious lasting effects of alcohol related disease are those impacting the liver and the brain.

Lately, there has been a lot of national media attention10 on a study published last month in the British Medical Journal reporting findings of increasing rates of liver disease and related deaths in the U.S.6 The article reports an increase of 65% in deaths in the U.S. due to liver cirrhosis from 1999 to 2016. They report the greatest increase in the age group 25-34 year olds (due ENTIRELY to alcohol related liver disease).6

This points to the need for prevention and treatment for alcohol related issues, but also it means that physical therapists may be treating more patients with movement impairments from the alcohol consumption. Alcohol’s effects on the brain can be diverse: widespread cortical atrophy has been found in brain studies of alcoholics, and alcohol has been shown to trigger neuroinflammation.1, 7 One of the brain areas most affected by alcohol is the cerebellum4 which has various functions, but among them helps to regulate normal walking patterns, balance, postural control, eye movements, and learning of new motor tasks or movement patterns. In fact, there is a disorder named for this: “Alcoholic Cerebellar Degeneration” (ACD). ACD is the most common cause of cerebellar dysfunction and affects up to 2/3 of alcoholics!2

Most troubling is that many of the effects of alcohol on the cerebellum may be irreversible, even with abstinence from alcohol.4 As one researcher notes:

You may be familiar with some of the cerebellar effects of alcohol (and not even know it!) based on how police officers test for alcohol intoxication at DWI checkpoints or traffic stops. The test often performed is called the “standardized field sobriety test” and has 3 items (AAA website)9:

A quick breakdown of each test and the cerebellar dysfunction it illustrates:

(For quick explanation of each test see this VIDEO)11 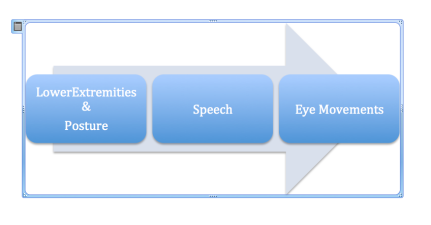 In my limited time in the clinic as a student physical therapist, we have worked with patients with cerebellar dysfunction with the goals of: improving balance and coordination, reducing fall risk, and improving gait stability. However, due to some of the information presented above (diffuse cortical atrophy, lasting effects of alcohol even in abstinence, and the cerebellum’s role in learning new movement patterns/motor tasks), the ability to restore function to “normal” patterns may be limited.3, 8 Thus, physical therapy treatment strategies must acknowledge this limitation in recovery and seek to utilize “compensatory” strategies to a greater extent due to the cerebellum’s many roles in regulating movement. 3

In working with patients, some of the “compensations” that we have used include: training the use of visual input (scanning, visual attention) to regulate balance/posture, utilizing conscious attention to substitute for what would normally be “automatic” balance/postural corrections, and the use of assistive devices (such as a cane or walker) to increase stability and reduce fall risk. As you can see, not having normal cerebellar function makes moving around in daily life that much more effortful!

Obviously, alcohol’s effects on the liver are very serious, but as a future physical therapist focused on movement function, I really ask you to think about taking care of your cerebellum the next time you go out drinking…after all, you only get one!